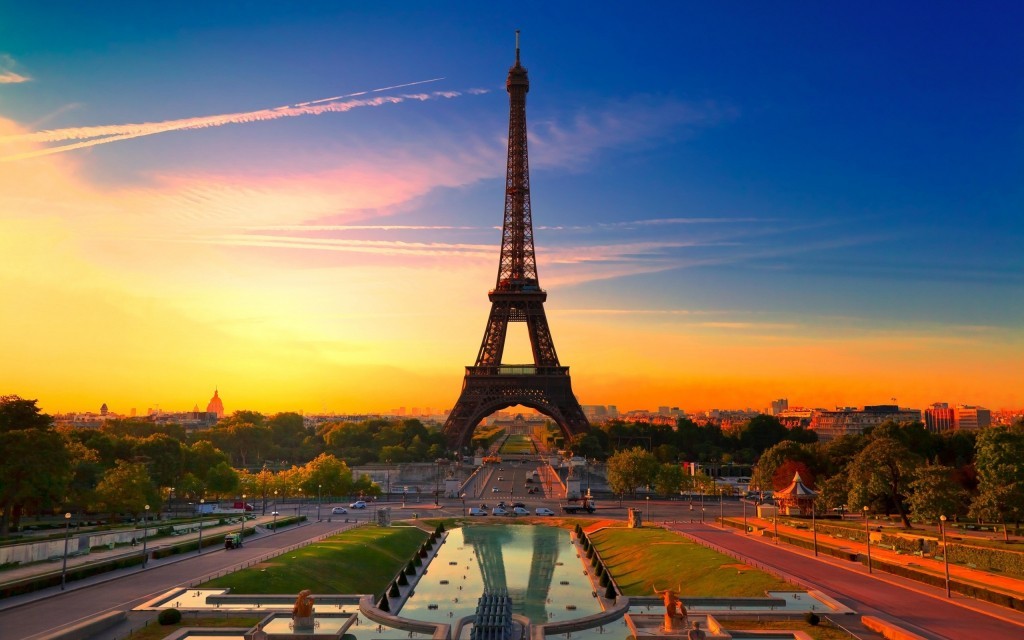 Why Paris? It’s no coincidence. Already by 1814-1815 the struggles between France and, I think it’s fair to say, the rest of Europe, resulted in multiple attempts to enter and control the city, which since 1789 had become not only the French capital, but also the crucible from which sprung most of the ideas that gave rise to what is now Europe and the West (in its broadest sense), as well as a great proportion of the innovative thinking that led to the ideal of democracy.

Europe and America owe much of their identity and thought paradigms to Mediterranean culture, Greco-Roman first and then Judeo-Christian. But it is Paris, France to whom we owe fundamental modern ideas like sovereignty born of the people, the division of powers of the state, human rights, representation through regular election, freedom of expression, of assembly, of the press, movement, and the inviolability of the person, his/her family, and his/her property.

Paris continued to grow as a symbol of peace, democracy, and human rights when in 1889 at the World Exposition in Paris, the Eifel Tower was inaugurated, ironclad and 300 meters high; a new allegory for the city was born. Earlier, in 1870, the people of Paris had risen again, taking up arms and proclaiming the Third Republic, and later the Commune in 1871, after Napoleon III surrendered to Prussian troops, events that preceded the labor struggles of the late nineteenth and early twentieth century. The war did not end well for France as the country was forced to accept an armistice, but it did so against the will of the Parisians, who, fenced in and surrounded, preferred starvation over surrender.

Then came the First World War; the troops of the not-so-democratic German Empire advanced. France was already bled dry after the battles of Lorraine and Charleroi, which had seen the death of much of its most capable young men. The slowing down of the advancing Germanic forces depended on getting five British divisions and all the forces of the French military reserve to the front line. Cue Paris. The Parisians took a step forward and, after sacrificing its youth to the battlefield, mustered the resolve and energy to move this new army to the Marne. The city’s taxis (yes, taxis), did not waver in their pursuit of transporting men, weapons, and ammunition to and from the front line, a 160 km (99 mile) round trip.

An unstable peace made way to a new invasion from the same source. Now the enemies of peace called themselves the Nazis. This time they did enter the city and were relentless in their efforts to humiliate the Parisians, with constant military parades down the Champs Elysées, and the ever present swaying of the red-backed swastika at the top of the Eiffel Tower. Yet, far from humiliating them, all they did was increase their rage.

The Armistice was signed in June 1940, about the same time that General de Gaulle crossed the English Channel and London proclaimed that a free France continued the fight. Already on August 21, 1941 the Resistance was strong enough to attack a Navy cadet of the occupying army in Paris. At first, the invaders did not pay much attention, but were soon forced to, when on the 24th, two officials were attacked in Lille. That same day, another attack took down two soldiers in the Belgian border, and on the 29th they attacked a barracks full of French troops that were collaborating with the invaders and would have left for the front soon after; this last attack inured Pierre Laval himself.

Gradually, the balance of World War II began to tilt towards the Allies, and then came August 1944. The Parisian Resistance was headed by the Communist Rol-Tanguy and the Gaullist Chaban-Delmas (French prime minister between 1969 and 72). Both men wanted to deliver a self-liberated Paris to the Allies; ​​General de Gaulle, whose end goal was even more ambitious wanted to present the capital to the French Republic and unleash, as soon as possible, the full force of the 2nd Armored Free French division to finish the job that had been started by the Resistance.

Evil doers will always have one goal in mind: destruction. Perhaps this is why Hitler gave the order to level Paris if the city ever successfully revolted; just as it was doing to Warsaw, starting August 1 of that year, after the Home Army uprising.

The Great Dictator, however, did not count on three factors: 1) The Swedish Consul Raoul Nordling was not willing to see the city destroyed. He tried to save as many lives as possible, and consistently served as an intermediary between the Resistance and the second “factor”, overseeing the signing of pacts and truces that bought the city precious time while the Allied forces organized. 2) The General Manager of Paris, Dietrich von Choltitz, appointed precisely to destroy the city, refused a military order for the first time in his life and did everything possible to delay the destruction that never took place. He signed unauthorized truces and agreed to an accord for the formation of a symbolic resistance, lest there be reprisals against the families of Resistance officers by the Nazis after the city surrendered. 3) Most importantly, the people of Paris: subway workers and the National Gendarmerie revolted on August 13, the police on the 15th , postmen revolted and all civilian vehicles capable of being used in the uprising were confiscated on the 16th, and by the 17th, the National Council of the Resistance agreed to go on the offensive at all levels. A general strike was declared on the 18th and the General Prefecture of Paris was occupied that same day. Finally, on August 22nd, the Ninth Company, forefront of the Second Armored Division, entered the city victoriously.

And now legend begins to mix with history, but there are rumors that the chief of a Sherman tank nicknamed Madrid, addressed his captain over the radio and had (more or less) the following exchange in  Spanish:

Whether the conversation was real or not, if it developed in Spanish it was because that Captain was Raymond Dronne, who was married to a Spanish woman from Burgos, and the chief of the tank, who was born in Madrid, was called Carlos Gutierrez Menoyo. He had no idea that 13 years later, on March 13, 1957, as commander of the Revolutionary Directorate forces, he would storm the Presidential Palace in Havana, dying in the attempt.

For all this, and much more: the thoughts of Voltaire, the kisses of lovers, coffee on a terrace, the breeze along the Seine, its beautiful women, Les Invalides, the Louvre, Notre-Dame, Montmartre, Arc de Triomphe, Sacre Coeur, the Latin Quarter, the Luxembourg Gardens, the Place de la Concorde, the Tuileries, the painting of Picasso and Toulouse Lautrec, the Grand Mosque, and because Hemingway said “it was a party”, for all these reasons, Paris is a symbol, a flag for all democrats and good men, and this is why evil men want to destroy it. They will not succeed, and Parisians of all colors, religions, and democratic political ideologies will be there to stop them; and if they are not enough, the rest of France is behind them; and if still they are not enough, the entirety of the democratic world is behind them.

As inscribed on its shield: “fluctuat nec mergitur”  “she is tossed by the waves, but does not sink.”

They can never destroy Paris!