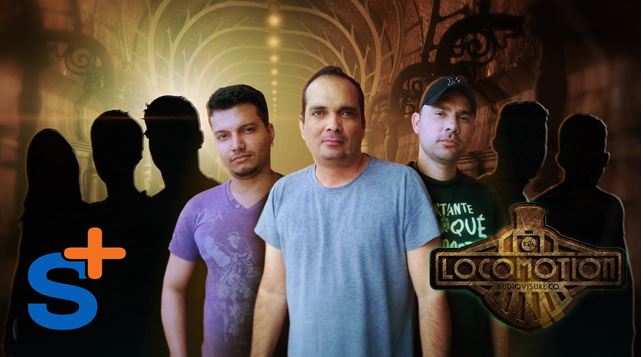 Ten members of the expert team in animation, engineering and creativity who took part in the making of such renowned Cuban films as “Meñique” (“Pinky”) and “Omega 3” using 3D and 2D techniques, have joined our political movement, Somos+.  These highly qualified young people with extensive expertise in the production of audiovisuals have participated in over 20 projects and are living proof of the impact that animated films now have on education and teaching values not just to children and youngters, but to adults and seniors as well. The truth is, no one ever stops enjoying cartoons.

The founders of the “Locomotion Group” intend to develop an animated series that will address human rights issues through the daily activities of a contemporary Cuban family with children and animals. The idea was proposed by the leader of Somos+, a young engineer named Eliécer Avila who, by the way, is also a screenwriter. The first part of the work includes the design of the prototypes of the five main characters of the series.

Group specialists presented the project and some preliminary test designs during the First Somos+ International Convention held in Miami, FL on November 14. They will also present it at the National event to be held in Havana, Cuba on December 20.

The founder of the group, Luis Gustavo Alonso, and Eliécer Avila affirm that the themes presented in the series, which have never been published in the country, will be treated with a great sense of responsibility and with the advice of educators, lawyers and many other specialists who are already members of our movement.

The idea is to contribute to the creation of a better base of knowledge regarding human rights and civics for the new generation in an amusing yet thoughtful way that will present everyday realities in our country.

Here, we present a brief biography of our animation group:

Our group was born on December 22, 2009 in Puerto Padre, Cuba, at the headquarters of the UNEAC (Union of Artists and Writers of Cuba).  It was started by seven founding members and at this time we are 20, including people that live both in Cuba and abroad. We started with a focus on community issues and we toured many neighborhoods in Puerto Padre, teaching children and youngsters. Some of them are now part of our group.

We were winners of the national CIERIC contest.

In 2010, we completed our first work for the industry in Cuba, the video clip “Quiero crecer” (“I Want to Grow Up”).

Our biggest success was to participate in the animation category at the 35th Latin American Film Festival held in Havana. We were the only Cuban ensemble to participate, with the short film “La noche que se perdió la Luna” (“The Night the Moon Went Missing”).

These are our productions: