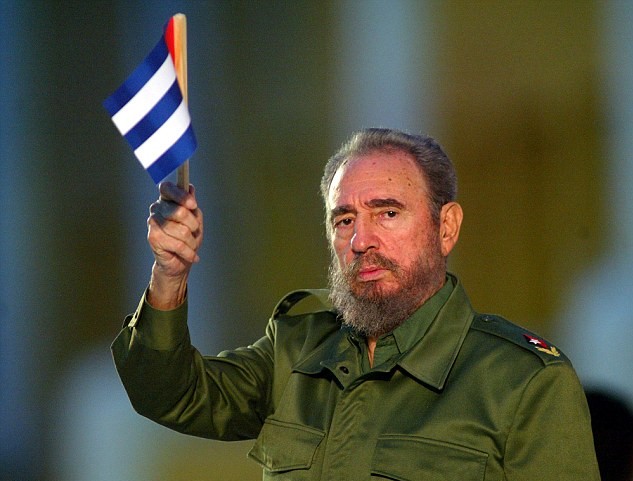 Somos+, Pedro Acosta, 6 December 2016 — After your departure the Cuban people should be eternally grateful for:

The fall of the dictatorship. Fulfilling your political promises, especially the respect for the 1940 Constitution, the quick holding of free elections, and not placing yourself permanently in power.

For making us economically independent (??!), developing our industry and raising it to levels never before seen, diversifying production and eliminating our dependence on our dangerous neighbor to the north and transferring it first to the Socialist camp and then to the first ones who came along. Maintaining the boom and constantly growing our powerful sugar industry.

Also for giving us a dignified wage that allows us to live at ease. Because our children can savor a tasty breakfast, lunch and dinner. And the Cuban family has the possibility to enjoy some deserved vacations in the respectable hotels that adorn the national territory, including the keys.

For granting us a Social Security System that covers the basic needs of the human being and allows us to retire without having to depend on our families to maintain us or having to take up any task we can find to be able to subsist and not live by begging.

For giving us decent housing that resists hurricanes, with only 52% of the housing stock in the country in fair or poor condition. Because the stores have fair prices according to the generous income the government pays us. In addition to having at our disposal all kinds of new generation appliances.

Giving us free choice and having telephones, TV channels and internet and so having an excellent level of information and not being subject to the opinions of any individual or of the communication media.

For giving us free (??!) education and health care. And in the schools and hospitals having facilities and technologies sustained by country’s powerful economic development.

For giving us the chance to feel proud of the behavior and formal education of the population, especially the youth. For eradicating: gambling, prostitution, racism, marginalization, corruption and other evils of the past.

Establishing diligent public services and eliminating absurd bureaucratic and cumbersome procedures, with officials who feel proud of serving the people, for fulfilling an honorable duty.

For not interfering in warring conflicts of any kind. And not squandering the country’s abundant resources. For respecting our free will and possessing an unsurpassed freedom of expression, given through the media.

For never having lied to the people and for expressing from the first day your intentions to implant socialism in Cuba.

Because with your example we learned to respect and never denigrate our compatriots with political opinions different from those proclaimed by the Communist Party, and the Organs of State Security never having repressed in any way the regime’s opponents, much less tried and condemned them under false accusations. With your actions jealously respecting the Constitution of the Republic.

For maintaining a clear separation between legislative, executive and judicial powers.

For giving us the best Electoral System in the world where others think and argue for us and for having the ability to know, through their biographies, the Deputies of the National Assembly, people who don’t need to be from the area where they are elected from and whom we have never seen in real life. For giving us the ability to elect the president of the county.

Also, for giving us, at 50 years, hopes that in the next 50 years it will be possible to find the right road.

For this and a thousand other things: