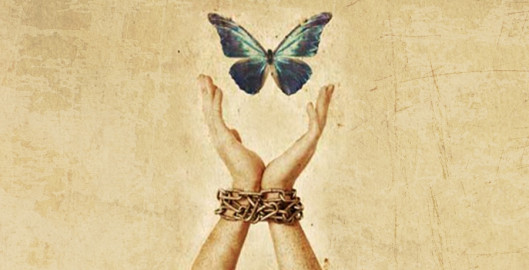 Somos+, Arlenys Miranda Mesa, 21 December 2016 — December 3rd was the ceremony in Santiago de Cuba after the death of Fidel Castro and the procession of his ashes across the entire Cuban archipelago. I sat down to observe the ceremony, although I knew it would be repeated many times, but I preferred to be an eyewitness rather than “hear about it” in the hallway. At the end, Fidel Castro stood up. His speech is important, of course, be is the president of the nation. And not because the majority elected him, in fact, I don’t know who elected him, no one ever explained it, but he is.

His speech was more of the same, and the figure of his brother was exalted one more time, to the height of a god. May God have mercy on Cuba, for He sees the wickedness of the idolatry of the fathers to the third and fourth generation of those who hate Him.

He spoke about how, in circumstances of extreme difficulty, Fidel always said, “Yes we can.” Yes, we can attack the Moncada Barracks, yes we can make a revolution i Cuba, arrive on the coast in a yacht, resist the enemy and even do away with him in less than 72 hours; resist hunger, rain, cold. Yes we can organize an army in the Sierra Maestra and open a new guerrilla front, withstand the blackouts, the limitations of public transport, preserve health and education in the midst of crises and blockades, in short, so many things. A visionary man.

Today he no longer exists. It is the end of one era, giving way to another, where we see our hopes reborn. It is for this that I feel very excited and inspired because like him I believe that “Yes we can.” But I go in the opposite directions from everything he believed and that he could do and not do in Cuba. He imposed his opinions, his crazy ideas. I am even-tempered, sensible, logical. I am a mother, woman and Cuban. I think about my children, my family, my country.

I believe that Yes we can have internet in Cuba, cheap and uncensored. Why in internet a human right in other countries but not for us, is it perhaps that we are not human. What are they hiding from us that is on the internet?

Yes we can have free elections, where every Cuba can, with dignity and conscientiously choose their president. Yes we can dream of a younger leadership in tune with our reality, that although it did not participate in the in attack on the Moncada Barracks in the 1950s, arrive later that decade on the yacht Granma, or fight in the mountains, is not therefore less qualified to take on the challenge.

Yes we can aspire to have different political parties for one to belong to and identify with. Yes it is possible for an army and a police officer without surnames, that responds not to the interests of the elite but rather of the people.

Yes we can respect those who think differently and not call them worms or scum, those who want to “change everything that needs to be changed,” as Raul Castro himself is so fond of repeating.

If, for capturing these ideas in this article, they disappear me, then what is said about Camilo Cienfuegos is true. If after doing so, I die in a car accident, then what is said about Oswaldo Payáis true. If they put me in a car and drive me far away and release me in some other province without any money, or bruised in a gutter or threatened, then I am fighting for the right side, because Fidel fought against these things in the Batista dictatorship. The national president of the Federation of University Students said in her speech that Fidel was a friend who defended just causes.

I am defending a just cause, freedom and democracy, therefore I am not on the opposite site, I am not a terrorist nor a counterrevolutionary. I am a 41-year-old woman, married for 18 years, the mother of three children, Christian since I was 19, pastor of a church for 9 years. A licensed English Teacher and licensed in Sacred Theology.

I am a woman who years for changes and who has not lost faith or hope, because I believe “That Yes We Can.”