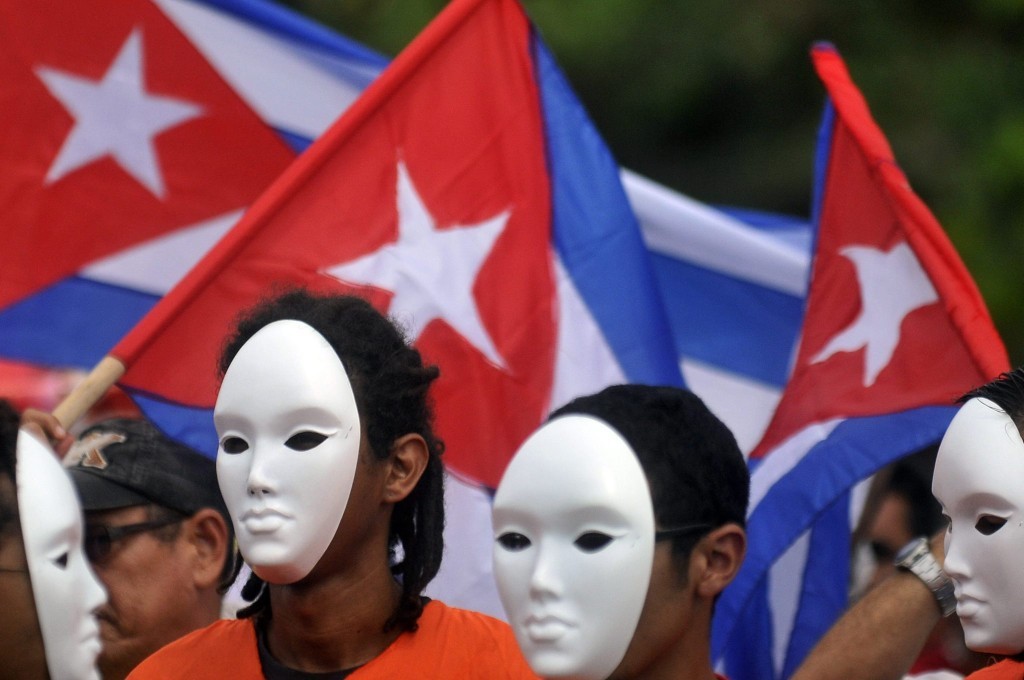 By Richard A. Cores

In a moment of reflection, I remembered the wise words of a great hero and civil rights leader in United States history, Dr. Martin Luther King, Jr. He said “freedom is never voluntarily given by the oppressor; it must be demanded by the oppressed.”

I thought of all those Cubans who want to say publicly what they really think, and who cannot because of fear of being persecuted or punished by their own government. Those Cuban citizens who want to be free to express themselves freely, whether in words, in artistic works, and even in books, which germinate in their minds, only to wither and die when they are never published. These rights, which are enjoyed by most civilized people throughout the world, were also recognized by Cuba (at least at the OUnited Nations headquarters in New York) on February 28, 2008, when the Cuban Foreign Minister at the time, Felipe Perez Roque, signed two international convenants on human rights.

By signing the International Covenant on Civil and Political Rights, the signatory states (including Cuba) agreed to:

(Article 1) Respect and protect the rights of its people to self-determination and to freely determine their political status and freely pursue their economic, social and cultural development.

(Article 9) The right to freedom, personal security, and to not be subjected to arbitrary arrest or detention.

(Article 12) The right to freely leave and enter one’s own country.

(Article 18) The right to freedom of thought, conscience, and religion, including the freedom to manifest one’s beliefs in public and private.

(Article 19) The right to freedom of expression; to seek, receive, and impart information and ideas of all kinds, regardless of frontiers, either orally, in writing, or in print, in the form of art, or through any other media of one’s choosing.

(Articles 21 and 22) The right to peacefully and freely assemble and associate with other people.

There are other items of utmost importance, including those contained in the second accord, the International Covenant on Economic, Social and Cultural Rights (also signed by Cuba), which requires the signatory states to protect the right of every person to a fair wage, and other freedoms, which are continually violated and trampled by the Cuban government while it says it protects them.

Our national hero José Martí said “You take rights, you don’t ask for them; you grab them, you don’t beg for them.”

My reflection is not tainted by hatred, by empty complaints, much less by defeat. Indeed, I feel that today more than ever it is necessary to have a spirit of hope based on concrete ideas and sound principles that will bring tangible changes to the Cuban people.

Enough of apathy, failure, and injustice! It’s time to believe again that change is possible. This is the perfect time to demand from the oppressor, as Dr. King said, that freedom they did not want to give the Cuban people. It is time to demand the right to a public and respectful debate to discuss openly and without fear of reprisal issues of just governance, a prosperous economy for everyone, a better educational system, free access to the Internet, and many more.

The only way this can happen without bloodshed or fomenting more violence is through civil dialogue and forming a new collective, civic, and coherent consciousness among the Cuban people. Perhaps some will view this approach skeptically, but I believe it will surely bring lasting fruit in the near future.

I do believe in a Cuba full of talent, of innate strength, and of young people who clamor to see a modern country, developed and prosperous, even though they do not yet know how to make these changes. That is the need we want to meet with fresh perspectives, common sense, and a sound foundation. Let us welcome the change and the hope that will replace the conformism and apathy in young Cubans so that they will demand what rightfully belongs to them.