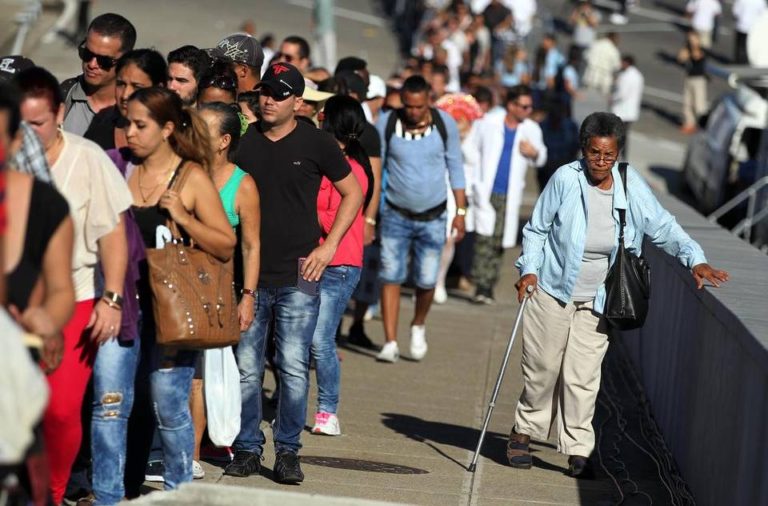 Read it in Español

Somos+, Joanna Columbié, DATE — It has been announced on any number of occasions — much anticipated by many and feared by others — but the death of Fidel Castro is now a reality. Nothing can delay it and nothing can stop it.

However, there is something that lives on after his death which is a greater evil, the one that should have died: Castroism. It is that compulsive obsession that demands homage and submission to the ideas of a human being named Castro, whose legacy to this nation cannot easily be reconciled by history.

Fidel left behind separated families, weeping mothers, children lost in the Florida Straits, young migrants traversing mountains and towns throughout the world, politicial and ideological division, persecution, prisons, death, hypocrisy and a country that is plunging ever deeper into material and spiritual poverty.

Fidel intoxicated those who were hoping for a better future for Latin America, infecting them with “his communism.” He tried to pass on to posterity his totalitarian legacy of always trying to hold onto power. His struggle against “Yankee imperialism” left an open wound which even now remains impossible to close. He spoke of people’s rights when his own people have long lived without those rights.

All this is indisputable, but what then do you do with this experience? Where to look? Backwards or forward? Will we simply stand still, frozen in time in the present?

Fidel Castro has died, but Castroism has not. The Cuban people cannot live forever subject to his ideas, to his doctrines, to his opinions, to his image and his symbols. They have divided our nation for too long. We are living in the midst of a societal breakdown but he is no longer here to define the goals or to point way to reaching them.

As Fr. José Conrado said some time ago, “our people are languishing in the middle of a desert whose scarcest water is that of hope. We are at the edge of a spiritual precipice much more serious and profound than the material deprivations that overwhelm and oppress us daily. The vision of society that has been promoted as the panacea to all our problems, as a solution to our vices and the fulfillment of our dreams, has led us to this dead end, to this sad condition.”

This is a decisive juncture; let us not allow the opportunity to pass by. It is the moment for reconciliation and hope. Enough with hate and separation, enough with forgetting our identity as a nation, as Cubans, as brothers. We must reconcile our differences, listen to proposals and discover the value of dialogue as a source of those proposals. This is necessary if a new dawn is to rise among us. We must be ready to find solutions for the future of a homeland that belongs to us and that demands it of us.