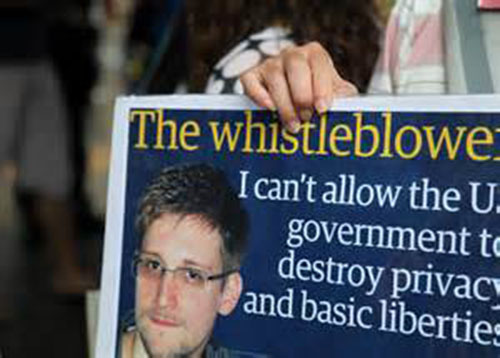 Yesterday the news came out in various media: Ultra-secret information has been stolen from the Cuban Ministry of the Interior. The poor proclamation “Raúl’s Sovereign Technology” showed itself more focused on censorship of content and limiting communication than on constructing a true plan of security in the service of the nation.

It’s not the first theft of confidential information, although the previous ones were by citizens and not directly by people in the military, like the surveillance videos in Havana or the telephone directory of Etecsa. The absurd pledge of reinventing technology has ended up being, as expected, manipulation.

State Security, formerly considered one of the most efficient bodies, has succumbed to ridicule. The absence of generational relief to conserve jobs and benefits, the government secrecy and the absurd plan of creating technologies that are dedicated only to counteracting the bad reputation of the “Revolution” in the digital world, including this blog, have produced fruits, although they aren’t the ones hoped for.

The Internet and technology are not reinventable. It’s not necessary to adapt technology to Cuba, but for Cuba to enter with full force into technology. It’s not a matter of creating professionals to work in offline businesses, repair computers or traffick in movies but of forming true leaders in digital businesses that generate quality employment at all levels.

While this change in mentality doesn’t happen, it’s more than probable that this isn’t the only case that scares the analog government of Havana. I’m very curious to know if Raúl will defend the rights of a “Cuban Snowden” when he’s presented to public opinion with the same arguments as the North American analyst.

Mr. President, permit me to welcome you, on behalf of all computer engineers, to the Twentieth Century.