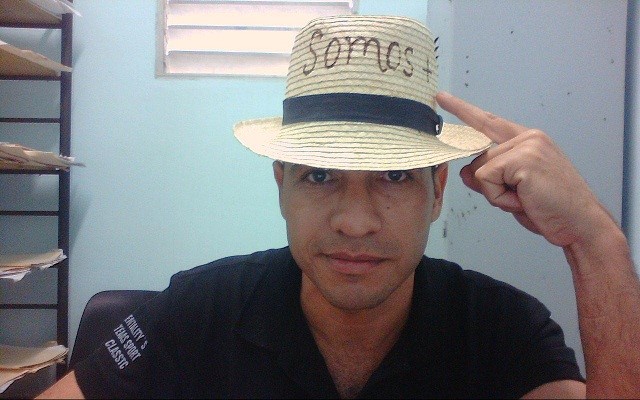 My history is like that of most Cubans born during the Revolutionary period. My generation grew up with our lives administered by others, carrying ration cards and bearing witness to those great moments that marked the lives of millions of us.

The Mariel Boatlift, the ridiculous and extreme religious and homophobic persecutions; the “adventures” in Africa, Central America and the Middle East not only cost us resources, but also the lives of thousands of Cubans who bled across these lands and stole the only given chance we had to a rapprochement with the United States in the middle of the Cold War.

The collapse of the USSR and the fall of the Berlin wall; the “Special Period” that arrived, supposedly for a short time, and brought shortages with it as baggage, but has over stayed its welcome in our homes to this day.

The pathetic image of Fidel in the streets of Havana trying to appease a people who revolted during the Maleconazo and the 1994 Rafter Crisis because they simply couldn’t take it anymore.  The unending process of the “rectification of errors” which is still ongoing.

The Elian Gonzales custody battle, and the open tribunals that bled our already fragile economy dry and left us with the “Dummy Table of Disinformation” as an inheritance. The succession of power is handed down in a fashion typical of the dynasties of the past. Three papal visits to Cuba and the actual re-establishment of relations with the “Empire” are just some of the imprints made upon me and my people.

I was like any other child of my day. I received political-ideological indoctrination at every grade in school, wishing all the while (subconsciously) to be like Che. During my adolescence, I started to see things around me more clearly, how I was being influenced and how I saw things.

Like many others of my generation, I also belonged to the Union of Cuban Youths (UJC) until I realized that I was just another puppet in a system that forced me to march and yell slogans that I didn’t even believe.  I complied with SMO (Obligatory Military Service) where I was harrassed by the Military Counterintelligence for something as simple as discussing Christ and Salvation with my friends, who like me, had become toy soldiers.

At the University, I began to strip myself of all that tied me to the system.  I stopped attending the May 1st marches and all the other absurd and endless gatherings, among other things.  By the time I began my career, I understood I lived in a romantic fantasy that resulted in a farce and I got out of all the Communist Party labor organizations that far from representing the worker, constituted a tool for punishing him.  I stopped paying my monthly dues, money that only served to maintain high salaries for thousands of people who live in this country without producing anything and get fat like internal parasites that consume us. This is my history; a history similar to that of the majority of Cubans.

I found out about the Somos+ (We Are More) movement through my best friend and through her, about its growing pains during its formative stages.  I have to confess, at first I was a bit annoyed by her “fanaticism,” but I later understood that it was a reflexion of her passion when it came to the topic of Cuba; a different and unknown Cuba for the majority of Cubans and one that was being uncovered thanks to the internet.

In one of his visits to the island, I got to know Eliecer Avila, a young man I had felt a certain sympathy for since his public clash with Ricardo Alarcon.  I’d never heard such illogical arguments come out of a political figure of the government.

I had at my disposal an amazing opportunity to sit and have a frank and cordial encounter, to have a profound conversation and debate about my country. I finally had the opportunity to speak to someone about Cuba with solid fundamentals and coherent answers to my questions. That day I saw that there was a completely different alternative to what I knew up to that moment as material opposition in Cuba.  When I saw that video from the UCI, I said to myself, I’ve got to meet that bold guy and I would shortly get to without knowing it.

I went back to my neighborhood that day with my head full of thoughts.  The seed was already sown, it only needed to be watered a bit. That’s how I started my life as a political activist. After my membership was accepted, I started to study the movement’s statutes and meet others, friends already fighting inside and outside the country. Important meetings occurred and I got the opportunity to participate in a national council; the conviction grew within me that I’d finally found the right place, it was where I wanted to be.  The Patriot, the Rebel and the Fighter within me finally came out.

Today, I see thousands of Cubans that know we have to do something, but for many reasons, they don’t dare and that’s the worst thing that can happen to us.  I invite you to not cross your arms, but like me, to give that grain of sand to help build a new and different Cuba.  We owe it to our country and not to leave this debt to future generations, we are the only ones who can change history and now is the moment to do so.