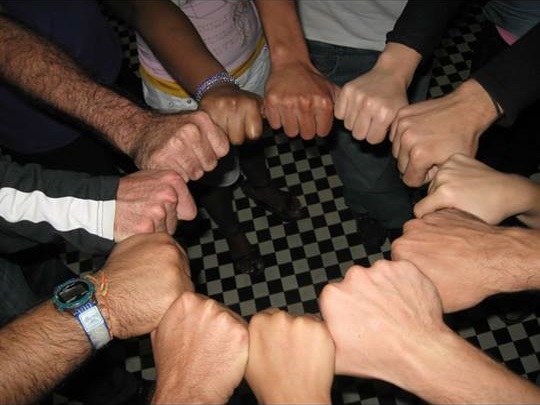 I’m sure if Maceo and Agramonte had achieved this feeling during the Ten Years’ War, there would have been no need for a war in 1895, much less the political upheavals that followed. The lack of unity and the failure to gather enough support has cost many lives in this country. But today, despite everything we have lived through, there are those who indulge in dividing, marginalizing, and forgetting.

“Divide and rule” or “divide and conquer” is a control technique of the ruling class that has yielded excellent results in Cuba. The current government does it, Batista did it, and so did many before. This political tactic allows the central power, no matter how small it may be, to dominate millions of people very easily: just by creating disputes between factions a significant deterioration can be provoked between them, thus hindering alliances and and collaborations.

Born in Cuba and organized by Cubans, Somos+ is one of the social movements that has for a little while escaped the government’s virus of unfounded suspicion, and all because Cubans here inside the island decided to remove the blindfolds from our eyes and reach out to those outside, to the diaspora that we had viewed as enemies, but who are mostly just young people who have learned from the mistakes of Maceo, who above all have read and understood the importance that Martí placed on unity, and who for a long time have been reaching out to us. A diaspora willing to create, collaborate, and even to sacrifice everything in order to support those inside, a diaspora with modern names like Carlos, Nelson, Titina and Iliana. A diaspora that deserves the respect of all and that Felix Varela would be as proud of as I am.